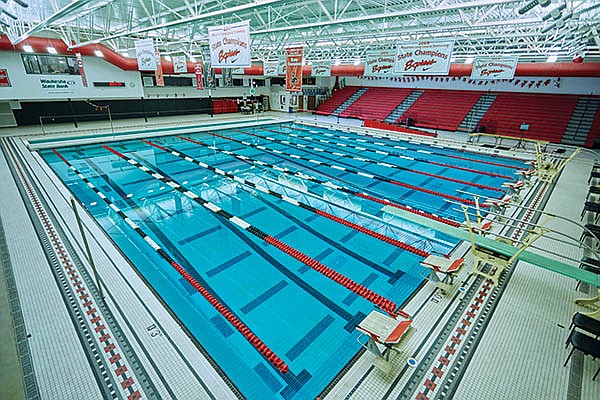 Pool Lighting – Indoor pools are hard on light fixtures. The exposure to a warm and humid environment is particularly challenging. Additionally, because natatorium fixtures are difficult to access, maintenance must be kept to a minimum.  If any fixture’s or lamp’s glass were to fall into the pool during maintenance, the entire pool needs to be drained – an expensive and time-consuming effort.

Life safety and accident prevention are the driving forces behind natatorium lighting. Because water is a reflector, reducing the glare from the fixtures is critical.  Adequate light levels, bright illumination, and consistent uniformity are also very important.

Fixtures for this application need to be at least damp location rated, offering the highest safeguard against moisture and water treatment chemical vapors.

One way to address all of these issues is through the installation of LED luminaires.

Waukesha South High School Natatorium | Waukesha, WI
South High School is Waukesha’s oldest high school, opening in 1957. Today, the 1,460 students use a swimming pool complex that was rebuilt in 2005, replacing a smaller and much older pool, spectator and locker room facility. The current natatorium is larger than in most schools, measuring 25 yards x 30 meters and the oversized perimeter accommodates nearly 2,000 spectators.

The 27,000 square-foot natatorium is used extensively by the high school physical education department, the school’s swim team and the Waukesha Express Swim Team.

Lighting – The complex was originally designed with a metal halide (MH) indirect lighting system to reflect light from the ceiling to minimize glare on the water’s surface. Over the years the ceiling and walls darkened due to deteriorating light levels and fixtures burning out, creating a cave- and dungeon-like atmosphere. Replacing the burned out fixtures was so challenging, they were typically left until there were enough to warrant bringing out the lift.

“The new lights are terrific,” said Cherone.  “They strike instantly, provide more lumens than our old MH lights, will last for years and are cost effective.”  “When all the fixtures are on we’re saving an astounding 70 percent in energy over the previous MH lights,” Cherone continued.

Because they emit far less heat than MH fixtures, the school will be able to run the air conditioning less in the summer months, further reducing the energy bill.

Additional power savings are achieved from turning off the fixtures when not in use. The previous lights were left on continuously because they took so long to warm up to full brightness.  These LED luminaires light immediately, eliminating the need to have them on all the time.

“At swim meets I used to apologize to the visiting teams because it was so dark,” said Blaine Carlson, CEO/head coach Waukesha Express Swim Team. “Now, with these new lights, I think we can even attract additional meets to this facility,” Carlson continued.

Cherone is so pleased with the reduction in maintenance, energy savings and consumption, and the dramatic improvement in light quality that he’s planning to replace all of the MH lights in the district schools’ pools with LED high bay luminaires.

In addition to upgrading the natatorium lighting, the district is implementing an exterior lighting program for the schools’ parking lots; saving the district more money and, most importantly, improving security through better  light levels. 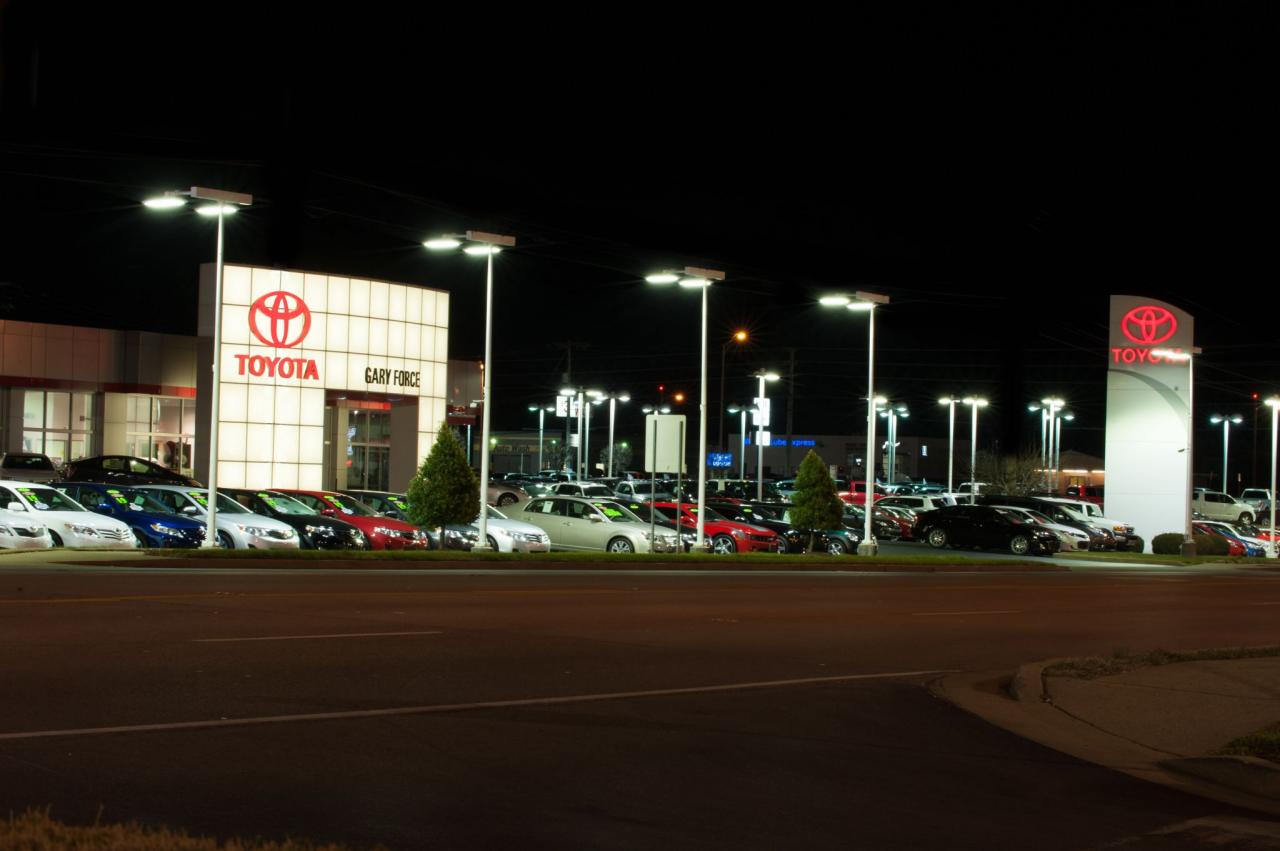 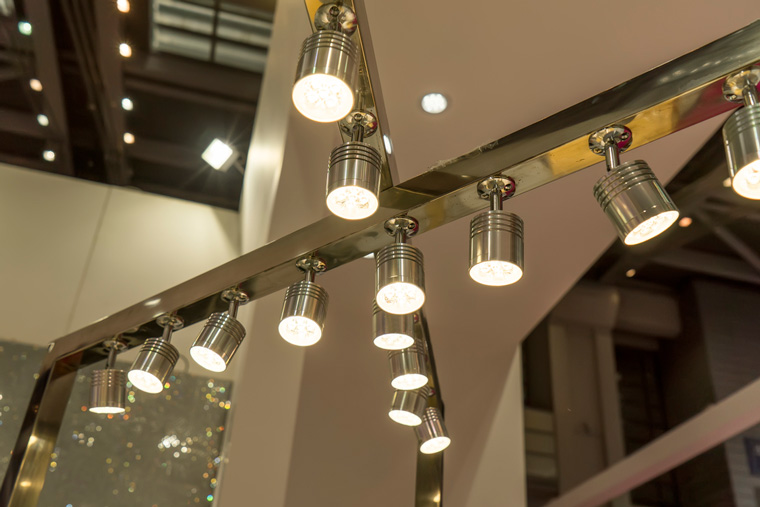