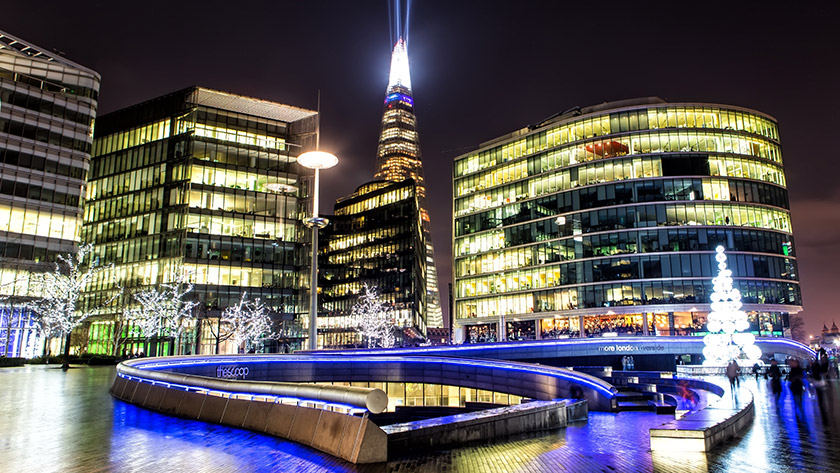 The typical image of “Smart” lighting is an LED Lamp or Luminaire connected wirelessly and controlled via a mobile device to turn on and off, set dimming level and in some cases, change the color. If we look at the recent announcements from Light+Building in Germany last month, the discussion on Smart Lighting tends to be dominated by the choice of wireless interface: ZigBee Lightlink, Wi-Fi, Bluetooth or some proprietary network approach and the merits or limitations of having to install a bridge to connect your home network. For a comparison of different networking approaches, Insteon has published a white paper.

Traditionally the world of controls and light sources has been separated.  Simple residential dimmer switches, occupancy or vacancy sensors were wired to control the delivery of AC power to the load.  Smart lighting has now merged controls into the light source.  With the addition of ambient light, proximity, and passive-IR sensors, these smart lighting solutions can become even smarter.  For example integrating a photo sensor inside a lamp with some intelligence allows occupancy detection and ambient light monitoring so that when you walk into your house or open a closet the light will immediately turn on if insufficient ambient light is not available.  Smart LED light bulbs that have this function are already on the market from companies such as Ohyama Lighting. Beyond motion based control, perhaps a more useful autonomous smart light is one that has vacancy control.  This may require the integration of Passive IR sensors, but once a light is turned on, if a room becomes un-occupied, it will automatically turn off after an appropriate delay. For a parent with teenagers, this could be a real energy saver.

By integrating ambient light and/or Passive IR sensors, self-directed smart lighting solutions offer an additional path to smarter lighting systems especially in residential spaces where controls are less commonly found.  In commercial applications, more sophisticated variations of these control concepts are being mandated.  In January 2014, California revised their Title 24 Building codes and added in a newer series of light control requirements.  In new and remodeled buildings, corridors, stairwells and even library stacks must incorporate ‘bi-level’ occupancy control when the space is un-occupied to ensure a minimal level of light for safety while still capturing energy savings.

Combining sensors with wireless control within an LED light source/luminaire offers a path to improving local lighting control based on the lighting application environment and enables “smarter” LED lighting compared to the alternative of the classical lighting controls framework.  Hubbell Lighting’s Kim Light Group recently introduced an interesting take on smart lighting with a new family of outdoor in-grade architectural LED spot lights controlled by Bluetooth Low Energy (BLE).  Currently, when reviewing the choices of smart lighting networking options, BLE does not necessarily jump to the forefront.  In this case, it presents an interesting use case as the main purpose of making the fixture wireless was not day-to-day operation, but more system configuration and provisioning used to aim the light and set the dimming level after installation to appropriately light the scene.  Moreover since this is an outdoor application, BLE is readily available with most smartphones, has good range and can be paired to the light for configuration but does not need to be connected to a network for ongoing operation.  Once programmed, the light stores the desired light output level and position state but it can be reprogrammed if needs change.

The same approach could be used for configuring new lights and luminaries to set, for example, the appropriate dimming level for a bi-level motion sensor in an office corridor or the amount of time to keep on a bedroom light equipped with a vacancy sensor. As the industry transitions from simple LED bulb replacements to “smarter” LED Lighting solutions, we can expect to see continued innovation in both autonomous lighting controls that can provide light when you need it without reaching for a switch and still deliver minimal energy usage.