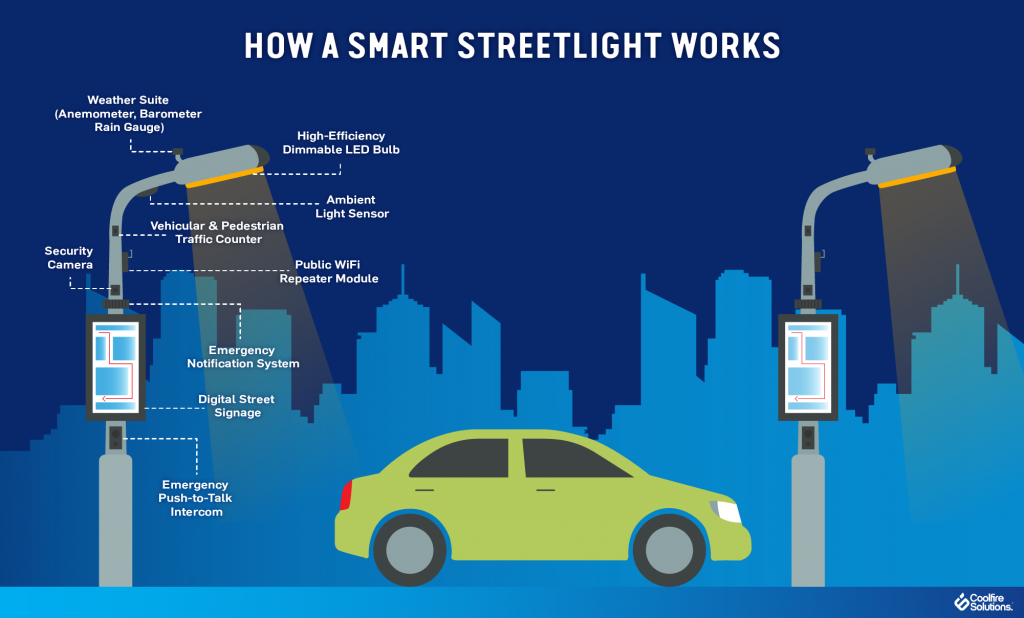 LED Street Lighting is a technology and infrastructure with evolving demands. It is not only about bringing light to an area anymore, it is about anticipating tomorrow’s needs for value added services. Until recently, designers have mostly only been able to select ANSI/NEMA standard product lines, simply because no specific alternative – or even European – standard existed. Now, working with leading industry partners, TE Connectivity has developed a new connectivity solution for LED street lighting, while at the same time creating a standard for European outdoor luminaires.

Over the past few years, engineers and system architects at TE Connectivity have applied their specific industry knowledge and expertise to gain input from leading suppliers and partners to create a vision of a new street lighting architecture. A key consideration was the potential of new architecture and new functionalities to help create value for developers, installers and users of outdoor lighting, whilst making the move from individually programmed street lighting to Central Management Systems (CMS).

The result is LUMAWISE Endurance S modules, a compact connectivity solution for street lighting with LED light sources. The system offers greater flexibility in luminaire design and street lighting architecture. A key benefit is that it is field upgradeable, which makes it possible to simply and quickly upgrade existing luminaires.

Today streetlights are viewed as an underutilized asset. In the coming years, street lighting poles will be seen as more than fixtures for luminaires, but as outlets for electrical energy and be used for other purposes such as charging electric vehicles, operating WLAN routers and video cameras, as well as hosting sensors. Which is the application space for the LUMAWISE Endurance S connectivity platform. Providing manufacturers with a standard mechanical base to build electronics on to, coupled with a new DALI based architecture this new technology allows for an endless list of connected sensors to be developed. Already entering the market are the more traditional sensors such as photocells and central management systems. This is shortly followed by motion detection, but why stop there? Exchangeable modules could be developed for traffic counting, incident detection, pollution monitoring and for identifying free or occupied parking spaces.

Move Towards Central Management Systems
With an increased use of LED in outdoor applications, local authorities, councils and utility companies will have already reduced their energy consumption. To realize further savings comes a growing need for control of the LED. As a consequence, many luminaire operators are considering moving from streetlights with basic functionalities (photocells) to more flexible Central Management Systems (CMS) that offer more control, better programming, and higher efficiencies. However, this decision to move to a CMS does not need to be made on day one. As LUMAWISE Endurance S modules is a pluggable system, a luminaire can be installed with a simple photocell or even with no control and later extra functionality can be added or replaced. Giving a streetlight a truly 20 years of useable life.

The LUMAWISE Endurance S modules consists of a standardized interface between the receptacle and module base or sealing cap. This uses an integrated single gasket that can accommodate and seal both luminaire and module using the same connection interface for either 40mm or 80mm diameter central management systems. This allows different modules to be exchanged and upgraded in only a few seconds, without having to electrically isolate the lighting pole.

Designed specifically for outdoor LED light sources and drivers, LUMAWISE Endurance S modules has been created as a standalone system and can be used in a complementary function as an auxiliary sensor module when additional functionality is required in ANSI/NEMA based fixtures.

Installation is easy thanks to its simple push-and-twist lock feature which does not require any tools and can be completed using one hand. The LUMAWISE Endurance S modules can be mounted in any direction and offers improved sealing when compared to other systems. Modules can be exchanged and upgraded in only a few seconds without having to electrically isolate the lighting pole.

LUMAWISE Endurance S modules was developed with several partners to ensure a complete system is available, including application specific drivers and control nodes. The partners also collaborated with the Zhaga Consortium. This is a global lighting-industry organization that is standardising components of LED luminaires, including LED light engines, LED modules, LED arrays, holders, and electronic control gear (LED drivers) and connectivity fit systems. Having these standardized components helps to simplify LED luminaire design and manufacturing, and to accelerate the adoption of LED lighting solutions.

Zhaga describes a connectivity fit system for smart outdoor luminaires in what is called Book 18. This is Zhaga’s most recent contribution to the rapidly-emerging world of smart lighting. Book 18 defines a standardized interface between an outdoor LED luminaire and a sensing/communication module that sits on the outside of the luminaire. The module connects to the LED driver and control system, and typically can provide sensory inputs while also communicating with other luminaires in a network.

The focus of developing this new Book 18 specification was to demonstrate the potential of new architecture and new functionalities which can create value for developers, installers and users of outdoor lighting. The standardized interface defined in Zhaga Book 18 enables the installation of future-proofed outdoor LED luminaires, which can be easily upgraded with smart communication and sensing capabilities. Zhaga member companies are already using the specification to develop products that will stimulate the market for smart outdoor LED luminaires.

The development process was relatively short: TE first started work on this in early 2016. Throughout the process, the product developers worked closely with the Zhaga Consortium, which is responsible for developing specifications that enable the interchangeability of LED light sources made by multiple different manufacturers. As a result, the new module now sets a new standard for European outdoor luminaires, providing an alternative or complementary solution to existing ANSI/NEMA product lines.