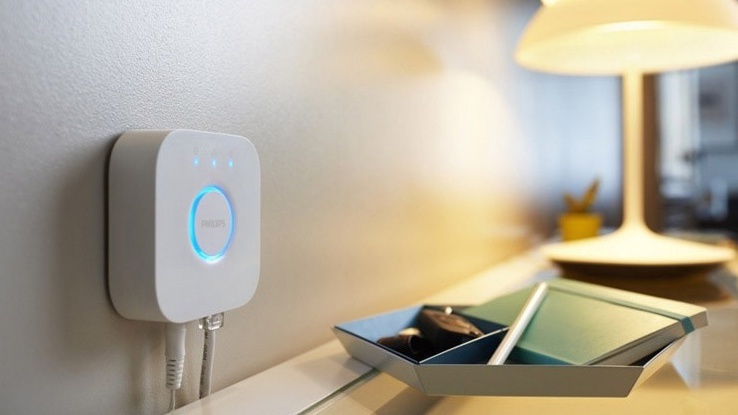 Smart Lighting – One of the major benefits of solid-state lighting (SSL) is that it is very controllable. The advent of highly responsive LED lamps and an increasing ability to control brightness and color are giving rise to an imaginative new era in lighting design. The spectrum of innovation today includes context-aware lighting, lighting that reacts to user activity, and smart lighting systems that adjust to human requirements. The aim of these new lighting regimes is to increase productivity. But before implementing such a system, productivity benefits must be weighed against the cost of complex control systems and computing engines as well as the ability to manage power. SSL was first introduced with the goal of reducing power consumption and this remains central to the realization of the concept. Unless designers adeptly manage the power budget, any gains of these new systems could be wiped out.

Context-Aware Lighting – One type of leading-edge lighting system today takes account of user activity within a room and is known as context-aware lighting. Room occupancy sensing is not a new idea, but the increase in sophistication has taken the concept way beyond a motion-activated, on-off switch. With today’s technology, a lighting system can detect the presence of multiple occupants in a room and use their relative positions to deduce what the group is doing (eg., watching a presentation, drawing on a white-board, or simply working on a computer). The lighting system then provides lighting appropriate for that activity. This is certainly impressive, but does require significant computing power and numerous sensors that track the positions of multiple occupants continuously, and then infer their actions from their location and motion.

For this system to work acceptably for the room user(s), each of the sensor and lighting nodes must always be ready and react quickly to data inputs and commands and to provide data to the system – a delay of more than 500 ms is generally considered unacceptable for a lighting system to respond. Typically, a fast-wake from standby requires power to be continuously delivered to each node in the system. Therefore, controlling the amount of power consumed by smart lighting devices while they are inactive is very important if smart lighting is to deliver the power savings partly necessary to justify its expense.

Powering Smart Lighting Systems in Standby- SSL systems are typically powered by AC mains (either 115 VAC or 230 VAC) or, in some cases, using Power over Ethernet (PoE – IEEE802.3at and later derivatives under development).

Computer and telecom rack systems have standby power consumption in the order of 180 – 250 mW but are “network aware” with approximately 3 W of consumption. There will not be very many control hubs in the system so their power drain in quiet mode can typically be ignored.

Sensors and luminaires are another matter. A context-aware lighting system in an average sized conference room may use 20 motion sensors and 20 adjustable light sources. Even with a standby power consumption of 1 W per device this equipment will consume power equivalent to an incandescent bulb left permanently on – far from ideal if you are aiming to save power and reduce waste heat.

Therefore, deep sleep modes and power supplies that can efficiently deliver very low power will be necessary. The drive towards low power consumption in power adapters for cell phone chargers (currently less than 30 mW in no-load) means that it is now possible to keep power consumption low with existing low power drivers. LCD monitors in sleep mode consume approximately 100 mW while delivering 25-30 mW to control circuits that are able to monitor the PC interface looking for a wake-up signal.

Drivers that use less than 10 mW in standby mode are achievable (some are already in use in the TV and appliance market). Managing even the 40 nodes described above could therefore consume less than 0.5 W if the sensors can run in a zero-load mode.

The LED lighting market has always had separate commercial/industrial and consumer requirements. Consumers need low cost and fast payback from LED bulbs and small luminaries. Commercial customers can take a longer term view, trading increased fixture cost for large luminaires against increased efficiency and reduced maintenance cost. It is therefore not hard to see that smart lighting will first see significant deployment in commercial applications where the increased infrastructure cost can be more easily accepted.  Care must be taken to limit standby power consumption in each power stage, lest the advantages of high efficiency are allowed to literally leak-away via many devices and sensors waiting in standby mode.