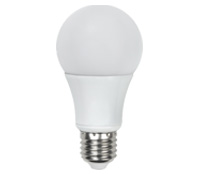 At the end of August, the EPA released the final version of the ENERGY STAR Lamps v1.0 Specification. This for the first time harmonizes the requirements for energy efficient compact fluorescent (CFL) and LED Lamps into one overarching set of requirements.While the ENERGY STAR lamp standards are voluntary, many retailers view compliance as a mark of excellence and the purchasing arms of US Federal agencies are required to purchase products that meet the standards.

Moreover, this is usually the benchmark that utilities use for eligibility to rebate programs so it is a force on the market for energy efficient lighting. For the LED lighting community, this new standard will supersede the existing Integral LED Lamps v1.4 specification when the new v1.0 standard goes into effect September 30, 2014. In my May article, I described in detail some of the key differences between the old v1.4 standard and at the time draft specification as it applied to LED lamps. To manufacturers, a more relevant milestone will be May 30, 2014 as this is when the lamp certifications bodies must stop certifying new products to the existing v1.4 specification. The table below summarizes the some key parameters between the old and new standard.

Standardization is a time consuming process and there is always vigorous interchange between the interested constituencies such as manufacturers, utilities, energy conservation groups, government agencies and retailers to come up with an acceptable balance. This standard was no different, especially since there were quite a few differences between how the CFL and LED lamps programs had approached technical requirements, in fact the first public discussions on this standard started in March 2011. On the LED front, some may be disappointed with the results in areas such as energy conservation, since the lumen efficacy bar at the lower wattage levels have only raised by ~ 10 percent and in fact for omni-directional lamps in the 10 to 15 W range, no improvement in efficacy is required over the old standard. This is an acknowledgement that initial purchase price is a bigger barrier to LED adoption than total energy consumption over lifetime. In other areas, clear progress has been made.

Dimmablity is not a requirement for LED bulbs but for the first time, there is now a minimal set of performance requirements for bulbs labeled as dimmable. In this case, a bulb must be dimmable to at least 20 percent lumen output and be tested with at least five dimmers from two manufacturers and be tested with 1 and 4 lamps in the circuit. While this is a far cry from the typical behavior of incandescent and halogen, it is a first step. Also in the dimming area, the standard does provide an alternate performance criteria based on the released at the end of April 2013, National Electrical Manufacturers Association (NEMA) SSL7A dimmer/lamp interface standard. A good tutorial on SSL7A can be found here. While less visible than ENERGY STAR in the market, the SSL7A standard should have significant long term implications as it defines a common interface definition between new dimmers and lamps that come on the market. So as NEMA SSL7A compliant lamps and dimmers enter the market, lighting architects, installers, and consumers will be able to have better confidence of purchasing dimmable lamps that meet some set of minimal criteria. None of these standards ensure incandescent equivalent dimming behavior so performance testing at the consumer/specifier level to separate the good from the best-of-breed products is still required and bulbs from different vendors installed on the same circuit can respond differently as they are dimmed but at least the industry is moving in the right direction. One requirement that was removed from the final v1.0 specification was a maximum limit for the flicker index of dimmable bulbs. Instead for manufacturers, the only requirement in this area at this time is to report the flicker index as part of the qualification reporting. This could be viewed as a first step to gathering flicker index performance on a large set of bulbs so that in the future it might be possible to establish objective thresholds on this parameter which is still being studied.

In the next 12 months, manufacturers will have their hands full preparing for the effective date of this new bulb standard. Fortunately in many areas, the changes are not a dramatic shift but more of a minor course correction. Going forward though future versions of this standard will no doubt be expanded to improve dimming criteria as well as incorporate new products such as Smart Wireless controlled bulbs as well as Zhaga compliant Light Engines that are coming on the market and are expected to reach broader adoption.

What Goes into the Design of LED Retrofit Lamps?

Is the Future Bright for the California Quality Lamp?