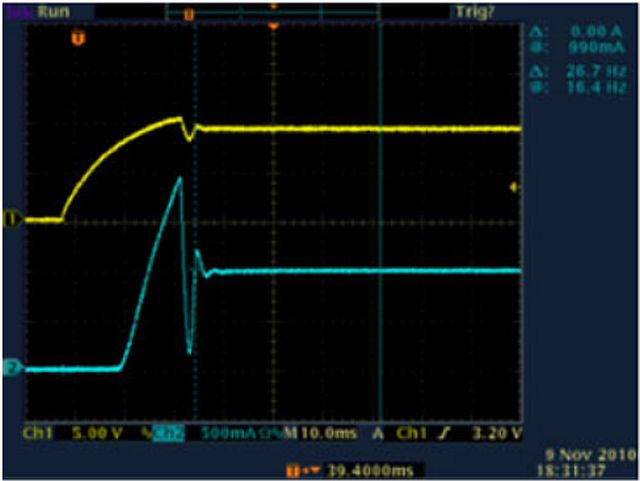 The California Energy Commission (CEC) in conjunction with the California Public Utilities Commission (CPUC) drafted and adopted a document for a new California Quality Lamp, which is currently voluntary. However, beginning in 2014, only LED replacement lamps that meet this new specification will be eligible for rebates in the state. The rationale and drive behind the new specification is to promote quality of light over cheaper, poorer LED replacement lamps that may negatively impact consumer adoption of high efficiency LED light sources.

Development of the new spec was fueled by the historic low adoption rate of poor quality CFL bulbs, which began flooding the market in the 90s when China ramped up mass production of the helical CFL design. Utilities, wanting to reduce energy consumption due to rising oil costs and global warming, encouraged residential consumers to swap out incandescent lamps for CFLs through rebates and buy-downs. Unfortunately, the ultimate market penetration of the CFL was extremely low (roughly 11 percent nationally and 20 percent in California) due to the performance and perceived value of the CFL. Noticeable flaws in CFLs were poor quality of light, the inability to dim, the short life, the flicker, the buzz, the shape, the slow start up in cold weather and the mercury content. This overall lack in comparable product performance drove the consumer back to incandescent bulbs as the primary choice on the basis of both price and quality.

In a nutshell, the perfect storm of events occurred in the US lighting industry demonstrating the importance of all Four P’s of the ‘marketing mix’ – product, price, promotion and place. The results have created a long lasting negative view of CFLs despite significant product improvements in almost all attributes.

The introduction of the California Quality Lamp is positioned by the CEC and CPUC to be the game changer in product performance for energy efficient replacement lamps. Key lessons were learned from the failed CFL marketing approach and, as a result, the voluntary CEC spec focuses primarily on LED light quality, dimmability and longevity while adopting Energy Star performance criteria in other areas such as efficacy. The CEC allows only omnidirectional, floodlamps and spotlights to be qualified as California Quality (refer to summary table of select criteria below).

Product performance is but one of the Four P’s of the traditional marketing mix and understandably, the CEC cannot alone significantly impact the other three factors of price, promotion or the place of sale/method of distribution. So how will the California Quality Lamp succeed and what is the broader plan?

The white paper, “Relighting American Homes with LEDs”, and the DOE study on ‘Lessons Learned’ as cited in Appendix D of the Voluntary California Quality LED Lamp Specification, certainly seem to point toward a more consumer-oriented niche marketing program, collectively known as the Four C’s.

You have the hindsight and the foresight to make the light right! Good luck California, and as always, you lead the way.

Thus far in this SSL Blog series, we covered the LED; interconnect of the Chip on Board LED device within a luminaire utilizing a TE Connectivity (TE) scalable or Zhaga compliant socket; and the various device-level interconnects commonly used in lighting applications.  Today, I would like to discuss additional product aspects for consideration in regards to control, circuit protection and power aspects of SSL luminaires.

Control capabilities are increasingly more prevalent within the macro trends of energy efficient and intelligent buildings.  Lighting is a key focus of energy efficiency efforts within a building in that they consume roughly 30 percent of the building’s power consumption. There are significant gains that can be realized by controlling light levels. Adding intelligence to lighting is a key element to a comprehensive building plan to conserve energy.

Traditionally, the most practical and cost effective lighting control is the common wall switch. Its fault is that incorporates a human element and we all know how variable this element can be. To remove the human from the control equation, building intelligence needed to evolve to a sense, communicate and control environment via available technology. A simple implementation such as installing an occupancy sensor that senses movement in the room and directly controls a light fixture can offer immediate energy savings. Tie this sensor into a network of other occupancy sensors as well as daylight and ambient light sensors, and suddenly the building is “intelligently” able to react to its occupants and environment.

This effect of increasing levels of control required within building lighting systems ripples through to new requirements for components used within the systems.  For example, TE’s well established RT series relays have been on the market for years but needed to be further refined to meet the increasing demands of switching the more energy efficient fluorescent and SSL fixtures coming to market.  The high input current spikes characteristic of today’s drivers drove a radically new switching technology that was incorporated into TE’s RTX relay and new contact structure built into the RT1 Inrush Power relay.

The electronification of lighting and related controls also increased susceptibility to potentially damaging surges caused by ‘dirty power’ and / or lightning. While traditional incandescent lamps were relatively immune to this, SSL luminaires require some level of circuit protection to protect the end product from power fluctuations and surges.  A fuse offers some level of protection. However, fuses are typically “once & done” devices that render the fixture inoperable after an event. A better solution is a self-resetting device such as TE’s 2Pro AC device. The 2Pro AC device offers designers an integrated, self-resetting device that protects sensitive downstream electronics against damage from overcurrent and overvoltage events. By combining a PPTC (polymeric positive temperature coefficient) device and a thermally enhanced MOV (metal-oxide varistor) into one package, a more robust and more easily integrated level of protection can be included into lighting control products.

Another less often discussed topic within controls is conducted emissions and susceptibility. With the increasing use of microprocessors throughout lighting control systems, electrically noisy power systems can wreak havoc on a control network. Increasing use of power line (data/broadband) communication within a building can further fuel a noisy power environment for building controls. Conversely, particularly noisy control devices such as drivers and power supplies that run at higher frequencies and harmonics can often induce noise into the building power system and affect other electronic devices. The latter is especially weighty in hospital and other medical environments where such noise could have catastrophic results given the right conditions. Conducted emission filters such as TE’s FB & VB series are increasingly used in these applications to both protect devices from incoming conducted RFI and likewise limit any outgoing emissions on the power lines.

There’s no doubt the lighting environment is changing. This is visually evident throughout the world. In a less obvious manner, the environment is changing fixture and system designs and is spawning a host of new supporting products. The end result must be to ensure that the consumer gets the best, most controllable light possible that meets the adage, “The best light is the one you don’t notice”.

I’ve covered a few new topics above that are changing the face of lighting and lighting controls. I’m interested in hearing about other challenges and issues you’re seeing. If you have a minute, send me a note with your thoughts and comments. Please send me an email at plieffrig@te.com.